Each year, the Leadership Awards recognize individuals and organizations displaying a commitment to innovation and a record of success in improving people’s lives, creating opportunity, and contributing to a better California. The Foundation provides each recipient’s organization with $200‚000 to support work that merits expansion, replication, or policy support‚ and helps recipients share their approaches with policymakers and practitioners.

The 2018 award recipients (see more information below) are:

“These innovative Californians and the organizations they lead offer hope and inspiration each year,” said Don Howard, President and Chief Executive Officer of The James Irvine Foundation. “In a time when so many challenges seem intractable, it is our privilege to spotlight effective leaders advancing solutions that create real change in our state.”

Howard and representatives of the Foundation will join California policymakers and others to honor the award recipients at a reception in Sacramento on February 28, including remarks from Sacramento Mayor Darrell Steinberg. Photos and video of the recipients are available here.

The Irvine Foundation has honored more than 80 Californians with Leadership Awards since the program began in 2006. Award recipients are chosen by an independent selection committee that reviews nominations based on several criteria, including the significance, effectiveness, and innovation of the leader’s work.

More detail about the work of this year’s recipients is below. To learn more, please visit: www.irvine.org/leadership.

Kim Carter, Time for Change Foundation
Abused as a child and addicted to crack cocaine by age 17, Carter cycled in and out of prison and homelessness, unable to retain custody of her daughter and facing stigma and discrimination from potential landlords and employers. Fortunately, six months of treatment with housing in San Bernardino County gave her the chance to rebuild her life. Carter then started Time for Change Foundation to ensure that mothers facing homelessness in San Bernardino get the same opportunity. The nonprofit helps women on their path to self-sufficiency, through affordable housing, employment assistance, financial planning, family reunification, life skills, and drug rehabilitation. Since 2002, the organization has helped more than 1,000 women reach self-sufficiency, with 98 percent remaining in permanent housing.

Susana De Anda and Laurel Firestone, Community Water Center
Unsafe tap water can be found across California, yet the San Joaquin Valley is affected disproportionately – with more than half of the public water systems that do not meet safe drinking water standards located in the region. Through Community Water Center, De Anda and Firestone educate affected communities, train residents to engage with local and state leaders, and prepare residents to hold decision-making roles in their local and regional water systems. The organization’s effort to put communities most affected by unsafe drinking water on the forefront of change is working. In 2014, CWC was instrumental in helping designate nearly $700 million in state funding to meet the water needs of disadvantaged communities.

Oscar Menjivar, TXT: Teens Exploring Technology
Growing up in South Los Angeles, Oscar Menjivar saw many young men in his neighborhood involved with local gangs and violence. A mentor led him to a career in computer information, and now he teaches young men and boys of color in South Los Angeles to become leaders in technology – and in their communities. At TXT: Teens Exploring Technology, students learn computer programming, entrepreneurship, and public speaking, while developing their discipline, confidence, and critical thinking. TXT has a positive effect on educational attainment and career paths of youth, with 100 percent of participants graduating from high school.

Teresa Smith, Dreams for Change
Working at a social service agency in San Diego, Teresa Smith witnessed growing numbers of people facing homelessness, using their cars as a last refuge. Yet some programs offering assistance view cars as liabilities, not assets – and encourage residents to get rid of their vehicles. Smith created Dreams for Change and its Safe Parking Program centered on the importance of helping people retain and build assets. Its parking program provides individuals living in their cars with a free, safe place to rest overnight, coupled with services to help people get back on their feet and avoid homelessness. The results are promising, with nearly two-thirds of its clients gaining stable housing within six months, on average.

Anthony Thigpenn, California Calls
With California’s democracy and decision-making not fully reflecting the growth and diversity of its population, Anthony Thigpenn is focused on what motivates people to act: each other. Under his leadership, California Calls pioneered Integrated Voter Engagement, where local volunteers and organizations build long-term relationships in communities through neighbors, families, and friends. Their efforts are paying off: California Calls partnered with 30 organizations across the political spectrum to make California’s ballot propositions process more accessible and inclusive, and the organization played a critical role in developing and advancing Proposition 30, adding billions in critical funding for California’s schools and social services. 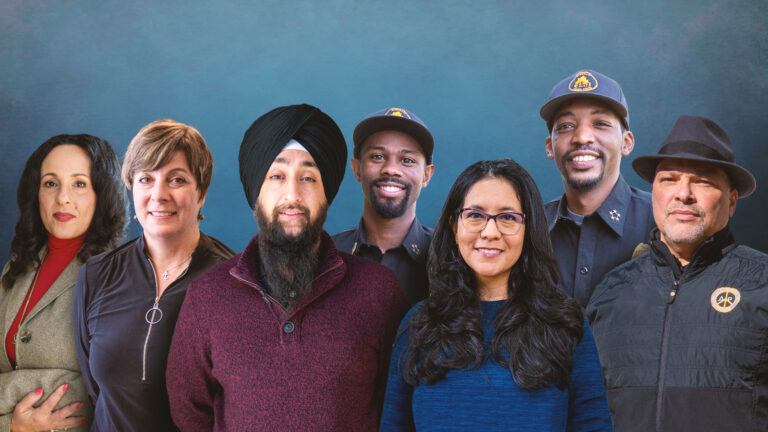 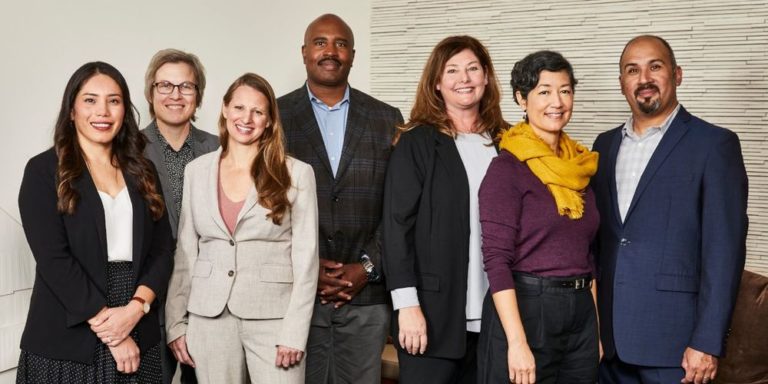 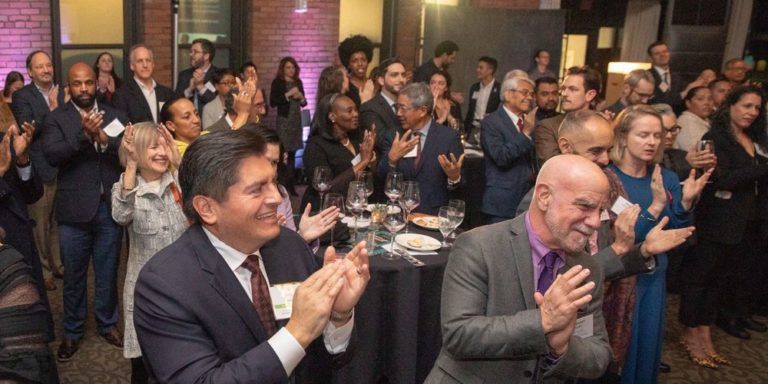