This week represents another agonizing moment in our country’s history of racialized violence. Our nation witnessed the latest consequence of upholding White supremacy: the police killing of Daunte Wright in Minnesota and resulting protests, the weeks-long trial of Derek Chauvin for the murder of George Floyd mere miles away, and the one-month anniversary of eight people, including six women from the Asian American and Pacific Islander (AAPI) community, gunned down outside Atlanta. Although much has happened in the month since the women were killed, we still feel their deaths sharply — they are fresh in our minds.

This past year has been heartbreaking for the AAPI community, with many of us subjected to a new level of fear and aggression toward our bodies and communities. We have been dehumanized and synonymized with a plague. We have seen our communities hit hard by COVID-19 and experienced an economic crisis with, what seems like, little attention or alarm. We have seen our elderly, the most vulnerable in our communities, targeted and assaulted.

The Atlanta-area killings opened the floodgates of shut-away fear, anxiety, grief, and downright anger that has accumulated over decades. Rather than focusing on who these women were — their dreams, their contributions — our society fixated on the idea of a lurid scandal. It is the result of society long condoning the hyper-sexualization of Asian-American women.

Soon Chung Park (71), Suncha Kim (69), Yong Ae Yue (63), Hyun Jung Grant (51), Xiaojie Tan (49), and Daoyou Feng (44) deserved more, including having their names pronounced correctly. No one deserves to die like this or to have their dignity stripped by stereotypes and tropes. Paul Andre Michels (54) and Delaina Ashley Yaun (33) remain reminders that racism hurts everyone; it is a blunt, angry weapon of destruction.

As AAPI women, we understand the devastating repercussions for not smiling, nodding, or feigning laughter at racist jokes or threatening advances. Conditioned by generations of structural racism, some of us adapt as necessary to contain interactions and limit future encounters.

Still, the violence many of us have feared remains. Shrinking ourselves has not stopped it, and it will not put us on a path to self-worth and much-needed economic advancement.

As Stacey Park Milbern, an AAPI, queer, disabled leader within the disability justice movement preached, “We live and love interdependently. We know no person is an island, we need one another to live.” We move in this world as allies with our AAPI partners and communities, grounded in interdependence and solidarity.

In our shared fight against racism and White supremacy, we also recognize and grieve for the Black community, as unhealed wounds are continuously reopened by news of the latest life lost. We also stand with the Latinx community, desperately seeking an end to family detention and separation at our southern border. We will continue to use our voices to confront racism in all its forms and are hopeful about Irvine’s commitment to support efforts to combat anti-Black racism and advance racial equity in California.

To our grantees and partners, we champion you in working for safety and dignity for all — and offer the following poem by author and organizer adrienne maree brown with gratitude for your hard work and an eagerness to journey forward together.

a spell to cast upon meeting a stranger, comrade or friend working for social and/or environmental justice and liberation:

you are a miracle walking
i greet you with wonder
in a world which seeks to own
your joy and your imagination
you have chosen to be free,
every day, as a practice.
i can never know
the struggles you went through to get here,
but i know you have swum upstream
and at times it has been lonely

About the Foundation Diversity Equity and Inclusion 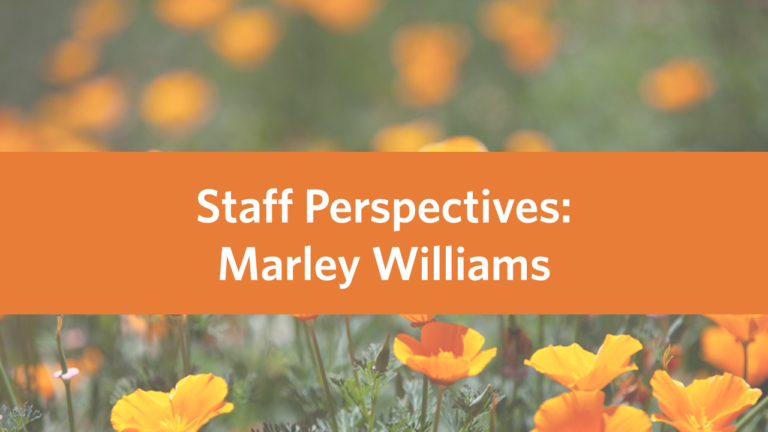