Irvine has long supported immigrant families gaining access to opportunity in our state—and protecting their rights and dignity. We are now considering how the immigration landscape will change in California and nationally, given the dramatic shifts based on federal policies and other factors.

We’re also exploring how to integrate immigration funding into future grantmaking and wanted to offer the immigrant-rights field and other funders a global picture of the push-and-pull factors impacting immigration, including how the economy evolves.

Irvine partnered with The Institute for the Future on “The Future of Immigration: Four Paths,” which developed four plausible scenarios and immigration trends on the horizon. Their analysis grew out of a workshop we hosted in 2019 with the Institute. Nearly 40 grantmakers, immigration policy organizations, and experts across disciplines attended.

One of these scenarios, “Immigrants are welcome here,” is especially striking. It imagines what could happen under the leadership of millennials—the largest demographic age group at the start of the 2020s. According to a 2019 Pew Research Center survey, 75% of millennials believe that immigrants strengthen the United States—more than any other previous generation.

This path envisions the U.S. government building a workforce to tackle climate change, which will have a range of impacts on California from agriculture to fire-prone areas. But it could also offer economic opportunities for immigrants. In this scenario, our economy needs more skilled workers in everything from science to service in order for our state to thrive, and there will be a critical need for immigrant labor.

We found these big-picture, long-term scenarios especially helpful considering the many short-term battles now facing immigrant communities. And given the deluge of media coverage on immigration, the scenarios also help us focus on issues that are flying under the radar, such as how authorities are collecting biometric data – fingerprints, DNA swabs, etc., from immigrants at the border, which has significant implications for privacy protections.

For Irvine, these scenarios help us think proactively about how immigration fits into our grantmaking, particularly because immigration is complex and intersects with many issues. We hope these resources are just as helpful for grantees, our partners, and other foundations. I look forward to sharing updates about our immigration work in the coming months. 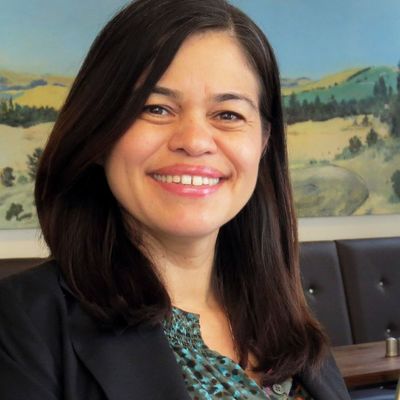