Our Blog
Photo by Oakland Museum of California
Our Focus

The pandemic has underscored the vital role that frontline workers play in our economy and our lives. They have always been essential – and often undervalued and underpaid.

Californians working in our retail and food service sectors face uniquely tough conditions now, but the quality of their jobs – pay, benefits, schedules – was difficult and unsustainable before COVID-19. As we rebuild our economy, we have an opportunity to revisit what working Californians need to support their families and advance.

These sectors were huge parts of the California economy. In January, nearly 1 in 7 jobs were in the food and retail industries. But they were decimated from February through April. Retail trade jobs declined 18% with some subsectors such as clothing stores declining over 60%, while food service sector jobs declined by nearly half. Disproportionately, low-wage workers lost out. Now we must pay attention to a recovery that is more equitable, especially for people of color.

That’s why we were grateful to support research by The Shift Project. According to their new report “Essential Changes Needed for Essential Workers: Job Quality for California’s Service Sectors,” workers in low-wage jobs, especially people of color and particularly women of color, bear the brunt of COVID-19’s economic and health fallout.

The report shows that, before this crisis, many service-sector workers already struggled to make ends meet, lacked job security, and had erratic work schedules. Those conditions are barriers to our singular goal at Irvine: a California where all low-income workers have the power to advance economically.

That’s why we support organizations engaging workers to address these and other issues through our Fair Work, Better Careers, and Priority Communities initiatives. And it’s why we commissioned this report.

We did so before the pandemic to increase awareness among nonprofits, philanthropy, employers, and the public sector about the impact of job scheduling and other aspects of job quality on the lives of Californians in low-wage jobs. As we look forward to rebuilding the economy, the data, and worker perspectives in this report take on new significance.

The Shift Project researchers say it best: “As we look forward to an eventual economic recovery, policymakers and employers will face important decisions about the nature of the social contract with workers. Will workers continue to bear the lion’s share of the risk from the uncertainties in the service sector business? Or will the recognition of the essential work provided by workers in the service sector finally compel policymakers and employers to recognize the value of these workers?”

The report draws on data collected from 7,850 workers at large retail and food service employers in California over the last four years. It examines wages, benefits, and work schedules, and the researchers conducted in-depth interviews with workers in the Bay Area.

Findings that stood out:

Unpredictable work schedules wreak havoc on workers – making it impossible for them to plan fundamental aspects of their daily lives and interfering with sleep, healthy eating, and spending time with family. Moreover, workers with such schedules can’t afford rent or enough to eat, face depression, and parents can’t establish the consistent childcare arrangements that children need to thrive.

As we look toward rebuilding the economy, employers and policymakers can seize the opportunity now to improve conditions for service sector workers. According to the report, solutions include raising the floor on wages, offering access to full-time work to existing staff before hiring more part-time staff, respecting workers’ time by providing advance notice and more stable schedules, and making paid leave accessible for all workers.

Employers can take these actions today willingly, recognizing the body of research that shows that investments in frontline service employees can drive increased bottom lines. Policymakers must also take heed that valuing essential workers in these ways is critical for the health and safety of all of us.

We hope the insights in this report help policymakers, employers, and others transform jobs to ensure all workers enjoy dignity, stability, and opportunity. 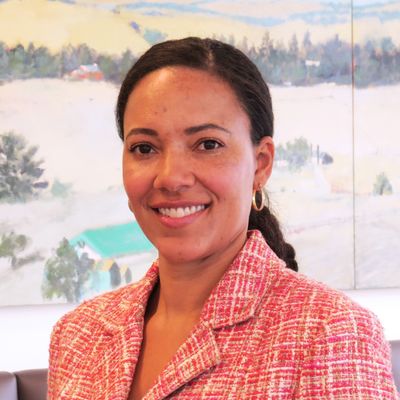