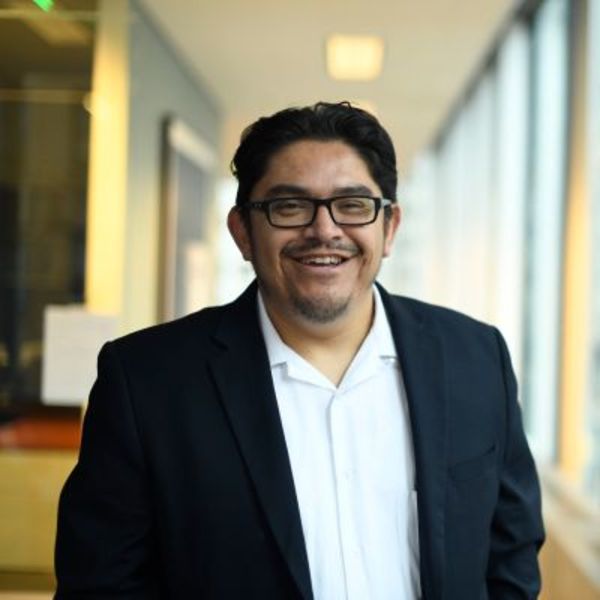 Preparing Young Men of Color for Careers in Technology

Oscar Menjivar has defied the odds. At age seven, his family moved from El Salvador to Watts, a working-class community in South Los Angeles. His family struggled to make ends meet. He saw young men in his neighborhood get involved with local gangs and violence, with some ending up in prison.

Yet Menjivar found a mentor – his lacrosse coach who said that if he wanted to be successful, he should learn all there was to know about computers. With the mentorship and support of his coach, Menjivar persevered, majoring in Computer Information Systems in college and learning how to write software code.

Fast forward to today, and the demand for workers with skills in math, science, and technology is high, yet less than one percent of schools in South Los Angeles offer computer science classes, and 80 percent of families in the area do not own a home computer.

Menjivar founded TXT: Teens Exploring Technology to address this opportunity gap, by teaching coding and entrepreneurship skills to young men of color in South Los Angeles, and to encourage them to become catalysts for change in their communities. Through a summer coding academy, after-school programs, and a community hackerspace, students learn how to collect and analyze data to solve community problems, build confidence and public speaking ability, and develop leadership skills.

TXT students are seizing the opportunity, with all coding academy students graduating from high school, and 95 percent going on to attend a four-year college, according to the organization. The program’s success has encouraged Menjivar to consider ways to expand his work to other cities.

“We’re creating a family, a culture of excellence, and brotherhood where young men of color gain the skills and networks to give back to their communities and help other young people like them, ultimately creating a circle of reciprocity,” Menjivar says.

"TXT: Teens Exploring Technology has become a community of innovators and a second home for a lot of these boys."