I’m the daughter of Colombian Caribbean immigrants and was adopted into a Caucasian family as a child. When I had to fill out a demographic survey, I’d find my identities falling between the boxes. I didn’t know how to fit myself into the options and wondered why my answers mattered.

When I applied to college, I started to see how data shaped campus life: mentoring programs, subsidized housing options, and the work-study fellowship I received from the U.S. Department of Housing and Urban Development. I started appreciating that my voice and data, albeit imperfect, mattered. When we are visible and counted we gain many ways to shape the places, institutions, and systems that impact our lives. 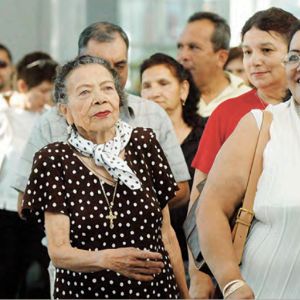 The goal of the 2020 Census is to count every person in the United States. That helps us understand communities and guide the flow of resources for the decade following. We also use that data to put “one person, one vote” into practice: drawing electoral district maps that shape what communities any given elected official represents in the decade following. In 2021, Californians will have an opportunity to draw new electoral maps through an independent, citizen-led process.

One of U.S. democracy’s secrets has been that in most states, elected officials use the redistricting process to pick their voters. The dominant party simply draws their district maps behind closed doors, ensuring seats stay “safe” for parties and incumbents – not the people they represent. It’s no wonder so many voters aren’t sure their voice counts!

Luckily in 2011, California voters put redistricting in the hands of everyday people. I was one of the inaugural California Citizens Redistricting Commissioners: 14 Republicans, Democrats, and independents thrown together for a high-stakes experiment. In under eight months, we built a lean state agency, conducted a statewide public outreach process, drew 177 Assembly, Senate, Congressional, and Board of Equalization district maps, and certified them with a multi-partisan vote.

As the youngest Commissioner, it was quite a way to start a career in public service. I went from not knowing what redistricting was to serving as Chair in uncharted political and legal territory. It taught me more than I could have imagined about California’s diverse geography and demography, and about what it takes to work with people who are so different than me. As we approach the final year of a 10-year Commission term, I’m proud of the previously invisible neighborhoods with greater access to and influence over their elected representatives. I’m also inspired to know firsthand that everyday people, with a shared mission and resources, can innovate and lead!

National redistricting reform is critical to ensure the rules of the game are fair and that politicians have to serve voters, not the other way around. It means better representation of what matters most for thriving families and communities: good jobs, affordable housing, safe communities, better education, and ongoing voter and civic engagement.

Those of us in philanthropy still have a critical role to play here in California. Redrawing California’s electoral maps from the state down to the local level will depend on a fair and accurate Census. It will also require a great group of incoming Commissioners, and the outreach, education, technical assistance, and community engagement to shape their work. As Irvine learned the last time around, these activities take money. Luckily the cost is fairly modest when weighed against the 10-year return on investment.

Do you want to learn more about how redistricting shapes the rules of the game for all the issues our grantmaking shapes? In a standing room only session at the Southern California Grantmakers Public Policy conference last month, only one person in the room could name how and when their maps were drawn. In response to the demand, Philanthropy California and Grantmakers Concerned with Immigrants and Refugees are teaming up on May 28 to offer a Redistricting 101 webinar. Please join us and register here.

Then, when applications go live for California’s Citizens Redistricting Commission on June 10, please consider applying and encouraging a community partner to do the same! To learn more and sign up for updates, please go to www.shapecaliforniasfuture.com

Building an Inclusive Democracy: Key Insights from the Voter and Civic Engagement Initiative

Building Power for Justice: Shining the Light on Grassroots Efforts in California