The 2020 Census will have far-reaching impacts on the future of our state, particularly for California’s low-income workers whose perspectives are often missing from the policies and institutions that shape our lives. With the upcoming census facing unprecedented challenges, it’s vital for funders to get engaged now to ensure equal and fair representation for the state of California. Although the state has committed significant resources, much more is required to reach California’s diverse communities across the state.

Census data guides the allocation of billions of dollars in federal resources for California, including anti-poverty programs, Medicaid, and other social services. California’s poverty rate is one of the highest in the nation–and is rising.

According to the California Poverty Measure, 19.4% of Californians lack enough resources to cover basic needs. More than $766 billion in federal resources are at stake for California over the next decade, based on results from the upcoming census and redistricting processes.

And projections suggest that California will have almost 3.5 million more residents in 2020 than in 2010, putting a potential new seat in Congress at stake.

But the upcoming census is facing serious obstacles, including the addition of a citizenship question on the census form. This will discourage participation, especially from “hard-to-count” populations.

California has one of the nation’s highest concentrations of communities missed in the census, including low-income workers, African Americans, Asian Americans and Pacific Islanders, Latinos, immigrants, refugees, and people experiencing homelessness. Since the 2020 Census will be conducted mostly online, households with poor internet access will likely also be undercounted.

With so much at stake, Irvine has committed $2 million in 2018 to support nonprofits with outreach, education, technical assistance, and regional supports. We’re excited to announce our grantees in the coming months. This work builds on Irvine’s 2017 support of the Census Policy Advocacy Network, a collaborative effort to help shape policy concerning the 2020 Census, convened by the Advancement Project.

We’re also supporting broader funder coordination and engagement in the census–now more important than ever. As the co-chair of the California Census 2020 Statewide Funders Initiative, along with Tara Westman of The California Endowment, our goals are: To ensure that hard-to-count populations in California are accurately counted and to build a stronger infrastructure across the state that can improve opportunities and conditions for Californians who have faced political, economic, and other barriers. With philanthropic investment in ensuring a fair and accurate count, nonprofit organizations working to serve low-income Californians can ensure the state secures its fair share of federal resources.

Here’s how funders can get involved:

Here’s how nonprofits can get involved:

About the Foundation Voter and Civic Engagement 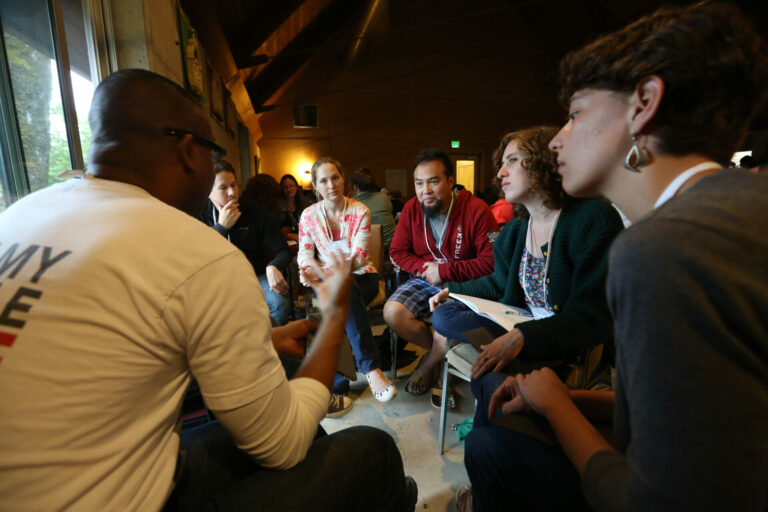 2020 Grantee Perception Report: Listening and responding to our grantees