This week, I had the privilege of attending the first-ever National Philanthropic Briefing on the Asian American and Pacific Islander (AAPI) Community at the White House. The briefing was initiated by the Obama administration through the White House Initiative on Asian Americans and Pacific Islanders, co-chaired by Secretary of Education Arne Duncan and Assistant to the President and Cabinet Secretary Christopher Lu.

The initiative is part of the administration’s efforts to address economic and social challenges facing the AAPI community, and improve the quality of life and opportunities for Asian Americans and Pacific Islanders. The historic gathering was attended by more than 170 philanthropic and administration leaders, including colleagues from the California Community Foundation, the William and Flora Hewlett Foundation, Liberty Hill Foundation and many others. The purpose was to dialogue and strategize on six critical issues: healthy communities; immigrant integration; housing, economic and community development; civil and human rights; arts and culture; and educational opportunities.

The full-day briefing began with speakers from federal agencies and foundations who provided an overview of AAPI demographics and federal priorities, and ways in which public-private partnership models can help to address the many needs of the Asian American, Native Hawaiian and Pacific Islanders communities. We then divided into smaller groups to engage in deeper and more specific discussions on the six issue areas, and I joined over 30 colleagues for the arts and culture conversation.

While the arts and culture discussion itself was stimulating and productive, I probably came away most impressed by the fact that arts and culture was included as one of the six critical areas in the first place. Unfortunately, far too often when quality of life issues are discussed in a broad setting, the arts are left off the agenda and are instead seen as “nice” or “extra” and not at the same level of critical importance as education, health or housing. The fact that arts and culture was given a seat at the table in a national conversation regarding issues vital to the health of the AAPI community was both validating and refreshing.

As you may know, California is home to three of the counties with the highest AAPI population in the country: Los Angeles, Orange and Santa Clara counties (2010 Census). Irvine’s goal for our Arts grantmaking is to promote engagement in the arts for all Californians in a way that strengthens our ability to thrive together in a dynamic and complex social environment. We believe we can improve the civic health and quality of life for Californians through arts engagement, including the diverse AAPI community in our state, and we look forward to continuing this conversation at a national level. 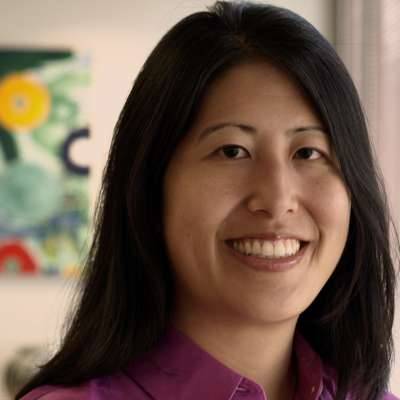 Chief of Staff and Planning