Our Blog
Pay for Success

What’s different about this program, called Just in Reach, is that it is the first in the region funded through a Pay for Success approach. In Pay for Success-financed projects, private investors, foundations, governments, and the organizations that provide social services identify specific outcomes to achieve (like reduced recidivism), and then investors provide the upfront funding to achieve those goals.

This outside funding allows governments to test new approaches that shift the status quo. Later, if the project meets its targets, local governments reimburse the investors with an agreed-upon rate of return.

The Irvine Foundation launched the California Pay for Success Initiative with our partners at Nonprofit Finance Fund in 2014 as a three-year exploration to find creative approaches to funding high-quality social services to improve the lives of some of California’s most vulnerable residents. We also hoped that we would be able to bring new, significant, and reliable resources to programs that have been proven to work.

Monday’s announcement, which is now the third Pay for Success project to launch in California, is especially gratifying because it shows that the model is catching on.

The Conrad N. Hilton Foundation and UnitedHealthcare have invested a combined $10 million in the program, and awards from the U.S. Department of Housing and Urban Development and the California Board of State and Community Corrections will support various program activities and evaluative work.

As part of the California Pay for Success Initiative, Irvine supported the feasibility assessment for Just in Reach. While a relatively small part of the project, to us that represents real success.

Our goal from the beginning was to attract governments and other funders to this approach. To bring this diverse set of participants together to collaborate around a common set of goals shows that it’s possible to break down the walls that exist between governments, providers, and funders in support of a shared purpose. The commitment and collaboration that so many people were willing to lend to this project suggests we’re on the right track.

The goal for the Just in Reach project is to place 300 hard-to-serve homeless individuals into permanent supportive housing. These are residents incarcerated in county jail who suffer from mental health or substance abuse disorders.

While we expect the savings for the health system and the prison system to be significant, what’s even more important is that this program can give hope to many people who have lost faith in their ability to get their lives on track again. If the program is successful, we hope that it will be expanded to serve more people.

We are truly grateful to the impressive array of talented people on the Just in Reach team, who are deeply committed to helping improve the lives of the people of California.

Monday’s announcement is so much more than we had dreamed up three years ago when we launched the California Pay for Success Initiative. We can’t thank our colleagues enough for helping to make those dreams a reality, and we look forward to better opportunities and outcomes for the people these projects serve. 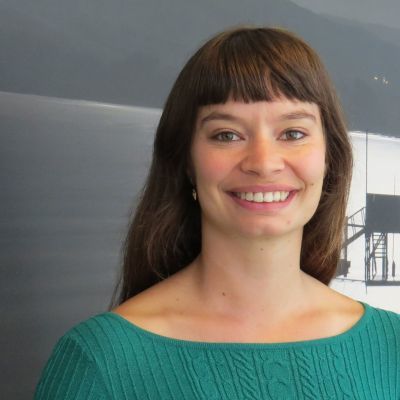