"We will certainly miss Jim's exemplary leadership and are deeply grateful for his remarkable tenure of 10 years as President and CEO," said Greg Avis, Chair of Irvine’s Board of Directors. "In large part because of Jim's leadership, he leaves Irvine in a very strong position. We congratulate him and wish him the best in his exciting new position with the Barr Foundation."

Mr. Canales recently celebrated his 20th year with the Irvine Foundation, having first joined in 1993, and was appointed President and CEO in 2003.

"It has been an enormous privilege to serve as Irvine's President and CEO," Mr. Canales said. "I have had the pleasure of working with many talented and dedicated partners both within and outside of the Foundation; the honor of building upon a legacy of excellence and service for which Irvine has been well known; and the joy of observing the progress we have made toward our mission of expanding opportunity for the people of California."

During his tenure as president, Irvine took a more targeted approach in its grantmaking programs, focusing its resources on three areas — Arts, California Democracy and Youth — of critical significance to California’s future. In doing so, Irvine provided leadership in building the field of Linked Learning, in contributing to a more effective system of governance and fiscal policy for California, and in reorienting the arts to promote greater engagement for all.

Mr. Canales expressed his excitement about this next step in his career, to help shape the Barr Foundation’s next chapter as president and its third trustee. The Barr Foundation is one of New England’s largest family foundations. Located in Boston, its vision is for a vibrant, just, and sustainable world with hopeful futures for children. For the past 15 years, Barr has invested most of its resources locally through programs focused on public education, climate change, and arts and culture. In 2010, Barr also launched a pilot program in global giving. Barr’s dedication to enhancing the quality of life for all Boston’s residents remains a bedrock commitment even as it contemplates future growth and expansion.

“Amos and I are grateful for the opportunity to welcome Jim as Barr’s first president and look forward to introducing him to our community,” said Barbara Hostetter, Chair of Barr’s Board of Trustees. “The integrity and value that Jim brings to his work set an inspired standard of excellence. His humility reminds us all that the purpose of our work is to be in service to others.”

To read a letter from Mr. Canales, visit here.

To read a letter from Mr. Avis, visit here.

About The James Irvine Foundation

For more information about the Irvine Foundation, please visit our Web site at www.irvine.org or call 415.777.2244. 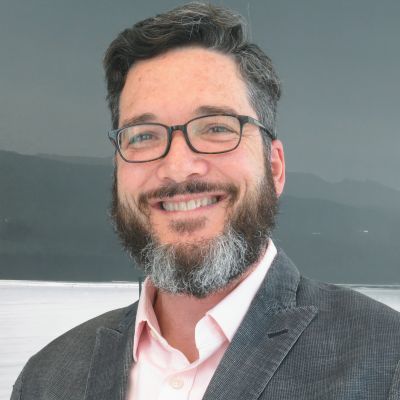