Irvine Board of Directors Approves $18.1 Million in Grants on December 8, 2016

Last week, The James Irvine Foundation Board of Directors approved $18.1 million in grants. These include investments within Irvine's new area of focus — increasing economic and political opportunity for Californians who are working but struggling with poverty — as well as fulfilling commitments to current grantees, including organizations working to protect the rights of California's immigrant population and investments in eight arts organizations as the final phase of Irvine's New California Arts Fund.

The December board-approved grants include:

The New California Arts Fund (NCAF) supports arts engagement programming that encourages and expands participation in the arts among California’s growing and diverse communities. The final phase of NCAF is intended to advance gains made in the first phase and sustain the institutional future of expanded arts engagement.

A three-year grant of $750,000 to provide opportunities for diverse Californians to collaborate with professional artists and with one another in the creation of theater, while strengthening the organization’s capacity to continue to adapt its financial and administrative operations.

A three-year grant of $875,000 to strengthen organizational capacity and expand and sustain arts engagement programming for ethnically diverse communities in San Jose and the greater Bay Area.

A three-year grant of $1.9 million to deepen, strengthen, and sustain the Museum’s arts engagement programming and capacity-building efforts, with particular focus on the organization’s social impact and financial sustainability.

A three-year grant of $1.2 million to build capacity in order to further drive arts engagement to the core of all of Pacific Symphony’s work, while strengthening an ongoing commitment to the Chinese-American communities of Orange County.

A three-year grant of $1.2 million to ensure arts engagement is embedded in the organizational culture by producing, optimizing, increasing, and building the internal capacities necessary to grow and sustain the work.

A three-year grant of $1.1 million to establish the MAH as a welcoming hub that reflects the diversity of the community and extend arts engagement programming to new sites across Santa Cruz County, targeting residents currently underrepresented at the Museum.

Yerba Buena Center for the Arts

A three-year grant of $1.2 million to empower residents in neighboring communities to envision and create a more hopeful and equitable future through arts engagement, while developing the organization’s capacity and evolving its business model to ensure engagement is at the core.

A 20-month grant of $400,000 to establish an ICA Fund Good Jobs loan-loss reserve and to ensure that ICA-FGJ can continue investing in small businesses that create good jobs.

A two-year grant of $2 million to expand Career Pathways to Success in the Bay Area. JVS’s Career Pathways Training programs are employer-driven, aligned with labor market demand in the Bay Area (e.g., technology, healthcare, and financial services), and target occupations that provide family-sustaining wages and that can be secured within a short period of time (typically six months).

A two-year grant of $500,000 to increase civic engagement and efforts to protect immigrant rights through increased awareness, education, and access to legal resources.

An 18-month grant of $600,000 to educate and advocate for humane local and state enforcement policies and establish statewide infrastructure among immigrant organizations to protect the civil liberties of immigrants.

A two-year grant of $400,000 to continue the Coachella Valley College and Career Success Initiative.

A 19-month grant of $450,000 to continue the development of the Los Angeles Regional Coalition for Linked Learning, focused on advocacy, systems change, and scale.

A two-year grant of $850,000 to expand the scale and impact of the Fresno Bridge Academy in California. The Academy’s model – focused on improving outcomes for families eligible for SNAP (Supplemental Nutrition Assistance Program) benefits – helps young people and their parents move toward self-sufficiency by providing a pipeline to various services and resources available to job-seeking adults and their families.

A two-year grant of $450,000 to promote voter and civic engagement among new citizens and other underrepresented voters in the San Diego region.

Californians for Safety and Justice

A two-year grant of $500,000 to increase public education and outreach that advances a framework for new local safety priorities in California.

A two-year grant of $1 million to expand FII’s scale and impact in California. FII’s model demonstrates the potential of low-income families by putting them in control of their own mobility through a technology platform that strengthens existing and new social networks, gives them access to resources, and allows them to support one another.

Partnership for Children and Youth

A two-year grant of $400,000 to support research, analysis, and communications for social capital building in expanded learning time such as after school and summers.

A two-year grant of $750,000 for Pop-up Resource Village, a pilot mobile project to transform unused and blighted community sites into vibrant spaces, supporting social cohesion and economic opportunity, while boosting public safety (through an entity such as Designing Justice + Designing Spaces).

A two-year grant of $600,000 to sustainably increase Youth Speaks’ core capacity to develop indicators and evaluate the impact of its programming, and to increase available data showing the role of arts-based practice in broad-based cultural and societal change. 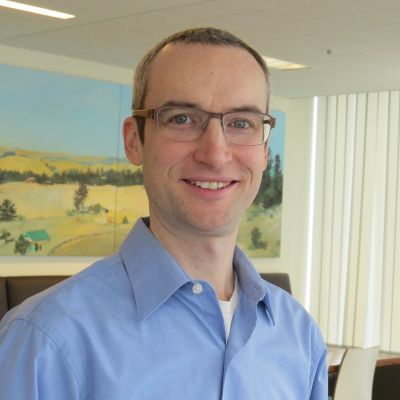