Our Board of Directors voted to approve $10.3 million in grants on December 12, 2017. Please see the below press release for more information.

The James Irvine Foundation Board of Directors approved 18 grants totaling $10.3 million this week. The grants will support a range of organizations increasing opportunity for the people of California, including those working to expand economic and political opportunity for Californians who are working but struggling with poverty.

The grants include funds to ensure that hard-to-count populations are included in California’s 2020 census, support for organizations working to protect the rights of immigrants in California, and funding for Phase I implementation of Graduation Initiative 2025, CSU’s effort to increase graduation rates while addressing opportunity and achievement gaps.

A one-year, $1 million grant as part of Irvine’s culmination of its California Pay for Success initiative. The final funds will support the sustained success of Payfor-Success projects and spur outcomes-oriented approaches in government.

A three-year grant of $1 million to strengthen California’s democracy by implementing statewide reforms that transform how voters register to vote and vote, and to support the sustainability of an organization such as Future of California Elections.

A one-year grant of $77,500 to support the effective implementation of the California Voter’s Choice Act through an entity such as The Voters Choice California Small Grants Fund.

A two-year grant of $600,000 for general operating support. This grant will enable CHIRLA to increase its capacity to engage immigrant communities through education and advocacy to protect immigrant rights.

A three-year grant of $600,000 to continue developing leadership and capacity of immigrant youth across California through an organization such as the California Immigrant Youth Justice Alliance.

A one-year grant of $500,000 to increase support for the National Immigration Forum’s immigrant integration efforts in California.

A two-year grant of $400,000 to strengthen Community Coalition’s core operations and to continue its efforts to promote increased visibility and support for Linked Learning across South Los Angeles.

A two-year grant of $700,000 to provide general operating support for UNITE-LA for its core operations and to continue its efforts to expand Linked Learning in the Los Angeles region and across California.

A one-year grant of $780,000 to support Phase I implementation of CSU’s Graduation Initiative 2025, CSU’s effort to increase graduation rates while addressing opportunity and achievement gaps.

A two-year grant of $350,000 to support infrastructure for the Reinvent South Stockton Coalition, a public-private-nonprofit collaborative initiative to empower residents to affect the causes of intergenerational poverty through improvements in safety, education, housing, job creation, economic development, and health.

An 18-month grant of $600,000 to promote awareness of and compliance with the California Values Act, implementing a statewide communications strategy and strengthening the civic engagement capacity of immigrant communities.

A two-year grant of $500,000 to develop and implement a voter and civic engagement program through an entity such as the California Environmental Justice Alliance.

A two-year grant of $500,000 to increase voter and civic participation among Orange County’s underrepresented Latino, Asian Pacific Islander, and low-income communities, through an entity such as the Orange County Civic Engagement Table.

A two-year grant of $650,000 for general operating support. SCOPE’s mission is to build grassroots power to eliminate structural barriers to social and economic opportunities for low-income communities.

A one-year grant of $800,000 to support the Census Policy Advocacy Network’s efforts to ensure a fair and accurate federal census count in California in 2020.

A 15-month grant of $500,000 to support and disseminate a scientific portrait of the attitudes, challenges, and needs faced by Californians working but struggling with poverty. 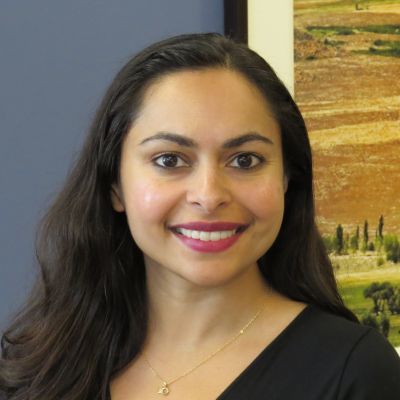