From the President: Which Way California?

Here are four views of California from the national media, just in the past month:

So, what’s the right narrative: is California back on track or are we being overly optimistic about recent events and our prospects? In some ways, regardless of what view we hold, the fact remains that California matters. Whether this interest is derived from the adage that “as goes California, so goes the nation” or whether it is motivated by a sense of envy or schadenfreude, there is a fascination with California that pervades the national consciousness.

As the state’s largest multi-issue private foundation, we at the Irvine Foundation pay close attention to perceptions of California’s future prospects. And while the op-ed pages might not be the best place to ascertain what our future holds, there is discernible change in tone after years of budget gloom and mortgage doom. Before this recent change in tone, the most common story we heard from pundits was that California was once great, once had a commitment to world-class public education and infrastructure, but that was in the past and it’s no longer the glory days in the Golden State.

We now see optimism starting to creep into the narrative, based on California’s long history of innovation and pioneering spirit and, as Tim Egan wrote, of renewal and renaissance in the face of daunting challenges. Now, instead of California’s successes being seen as old history, they are being portrayed as part of California’s DNA that can be reclaimed as we emerge from the current economic downturn. Instead of focusing on the challenges in our economy, we seem to be reminding ourselves that this is where Hollywood was invented and where Silicon Valley is at the center of a new global economy.

Why does the tone of columnists in New York and Washington matter? Is it not a distraction, especially when we consider that so many Californians still face major challenges in meeting basic human needs? Well, it does matter, because it reframes our approach from focusing on solving problems and overcoming obstacles to advancing solutions and maximizing assets. The same holds true for our work in philanthropy. There is much power to be derived from viewing our philanthropic efforts with an asset-frame rather than a deficit-mentality.

This is not mere conjecture, but is based on the accomplishments that our partners are making every day, overcoming daunting challenges to make progress on issues that seem intractable to the less optimistic. Consider the [nine school districts](grantmaking/our-programs/youth/practice/california-district-initiative) across the state that are fundamentally transforming their high schools with [Linked Learning,](grantmaking/our-programs/youth/linked-learning) despite drastic budget cuts, and demonstrating that systemic change is possible by showing promising results that all students can indeed be prepared for success in college and career.

Consider the arts organizations that we are funding through our Exploring Engagement Funds. They are attempting to respond to major demographic and technological changes by transforming traditional notions about arts engagement. This requires an optimistic approach — finding ways to engage new audiences in new ways — rather than relying on what’s proving to be a dwindling audience base that doesn’t fully represent today’s California.

Without optimism, these risks and leaps toward new solutions to old problems would be much tougher to take on. These kinds of commitments to progress can best be made with an optimistic view of our collective future.

Of course, we cannot ignore the very real struggles that so many Californians face on a daily basis. From our schools to our economy, we are certainly not free and clear, by any means. But California has a long history of not just weathering economic storms, but coming out the other side with a vision of the future that is often prescient, pioneering, and, yes, optimistic for the rest of the country and beyond. That’s the spirit we aim to bring to our work at Irvine, and we look forward to our partnership with others — across all sectors — to make a real difference on the major challenges facing our state. 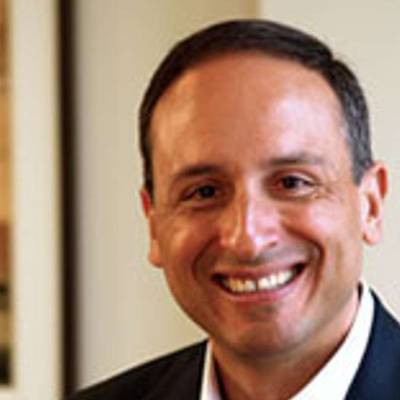