The James Irvine Foundation has a deep commitment to ensuring that all Californians have the opportunity to fully participate in the political process, that their voices can be heard, and that their perspectives shape our future. As part of that commitment, Irvine has released a new report that provides research about how organizations are working to engage underrepresented voters.

We have a wonderfully diverse state, but one where many sizable communities aren’t actively represented in our public debates. For example, young voters are by far the least politically engaged group in the state. In the last general election, a paltry 8 percent of eligible voters in California ages 18 to 24 cast a ballot. People of color are also dramatically underrepresented at the polls. In our state, only 24.9 percent of eligible Latino voters, 26.8 percent of Asian voters, and 29.9 percent of eligible African American voters participated in the 2014 election.

While many factors contribute to low voter engagement, research shows that if done well, voter outreach can be effective at increasing awareness and interest in the political process, and in boosting voter turnout. However, there has been limited research about which outreach tactics work best in populations as diverse as California. Towards this end, in 2009 Irvine published the California Votes Initiative report, which assessed the impact of traditional outreach strategies statewide and identified a set of best practices for the field.

Since 2009, however, the world has changed dramatically. Smart phones and social media have reshaped the way we receive information and communicate with each other. A number of Irvine’s grantee partners have been integrating newer technology and tools into recent efforts, but absent much of an evidence base, technology’s potential to help groups better connect with their constituents and scale their reach is not well understood.

With this in mind, in 2014, Irvine launched a nonpartisan project called the Voter Outreach and Technology (VOTE) Initiative, a set of field experiments designed to explore whether technology could play a part in deepening and expanding voter engagement. The organizations that participated in the initiative experimented with targeted data analysis and newer mobilization strategies, enabled by technology, to encourage voters from traditionally underrepresented populations to vote in the general election.

In order to measure the results, we commissioned a team of academic researchers to work closely with the organizations and design a randomized control trial, the gold standard of field research. Using this approach, the team carefully assigned “treatment” and “control” groups of voters, and conducted qualitative observations of each organization’s voter contact work in the field. Using this approach, researchers could assess the impact of outreach efforts with statistical confidence.

As you will see from the report, Testing New Technologies in Mobilizing Voters of Color, we learned a great deal about how organizations might be able to use technology to do a better job of connecting with their community and finding new ways to engage with voters. We also learned that this work demands new types of partnerships between researchers, funders, and community organizations to achieve the goal of greater voter and civic engagement, particularly among low income communities of color.

More than anything, we learned that deepening engagement is not about specific technology tools or tactics, it’s about making meaningful connections with people about issues that matter to them. It’s our hope that people will learn from this research about what works and what we’re not yet sure about. We are also eager to hear from you about your experiences, and what these findings might mean for your work as we explore future research directions for the foundation. Please use the comment function below to offer your thoughts. 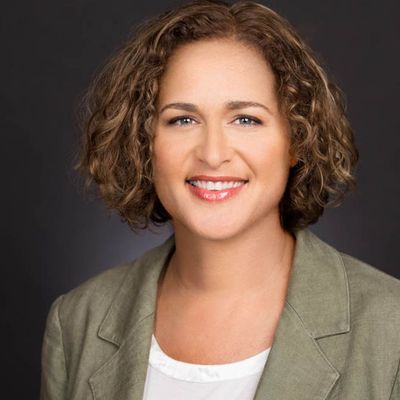